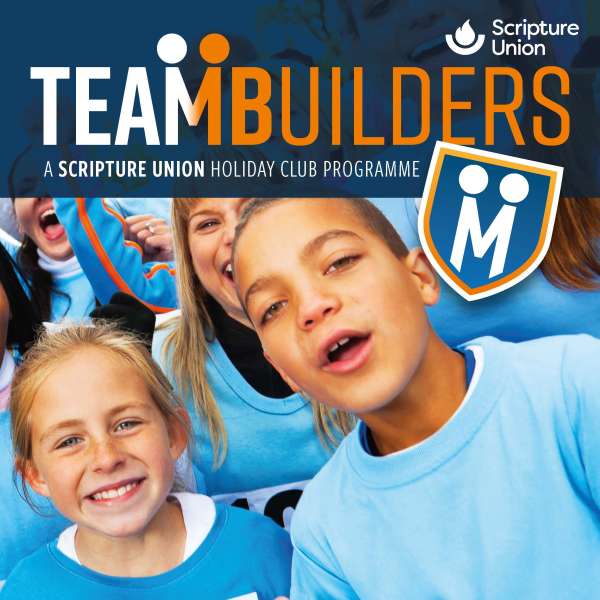 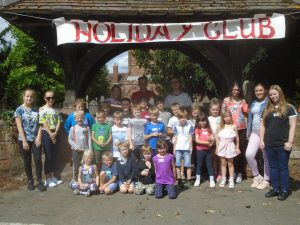 This year 21 children aged from 5 to 10 attended the Church Holiday Club for three days from 21st to 23rd August. It was based on a theme called Team Builders focusing on the point that everybody can be on God’s team. The children listened to Bible stories and watched DVD versions of the stories. There were also lots of fun craft activities relevant to the bible stories they learned over the three days. They got to take home what they had made at the end of the three days.

The children learned a song with actions that goes with the Holiday club theme for that year.

The three days were split into six sessions and as the theme this year was very much sports related the children, would go to the sports facilities in the village three times a day for 30 minute sessions of various sporting games. Each game that was played had a moral behind it that linked into the Bible stories that they heard over the three days. It’s safe to say that at the end of the week they were all very tired but they all had so much fun.

There were regular refreshment breaks during the day where Mrs Jones made sure they were all hydrated and their tummies were full of biscuits. Thank you Gladys it was very much appreciated.

Some of the younger teenage helpers acted out a drama play for the children to watch. Each session was a drama scene that was related to the moral of the bible stories that they were doing. The children and even the adult helpers loved watching these dramas.

The children then attended the September family service and participated during the service explaining to the rest of the congregation what happens at church holiday club.

More about holiday club can be found here.

Photos of the 2018 Holiday Club 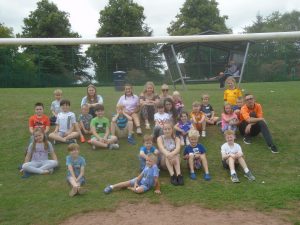 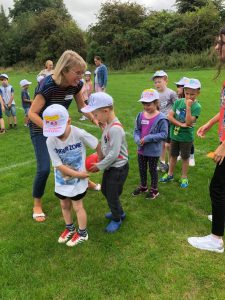